Why do robins tilt their head to the side before pulling a worm out of the ground?

I've seen this happen several times. The robin hops along, stops, tilts it's head slightly and then grabs the worm/grub, etc.

What's the purpose of this gesture?

I'm thinking it maybe helps them focus on the target? 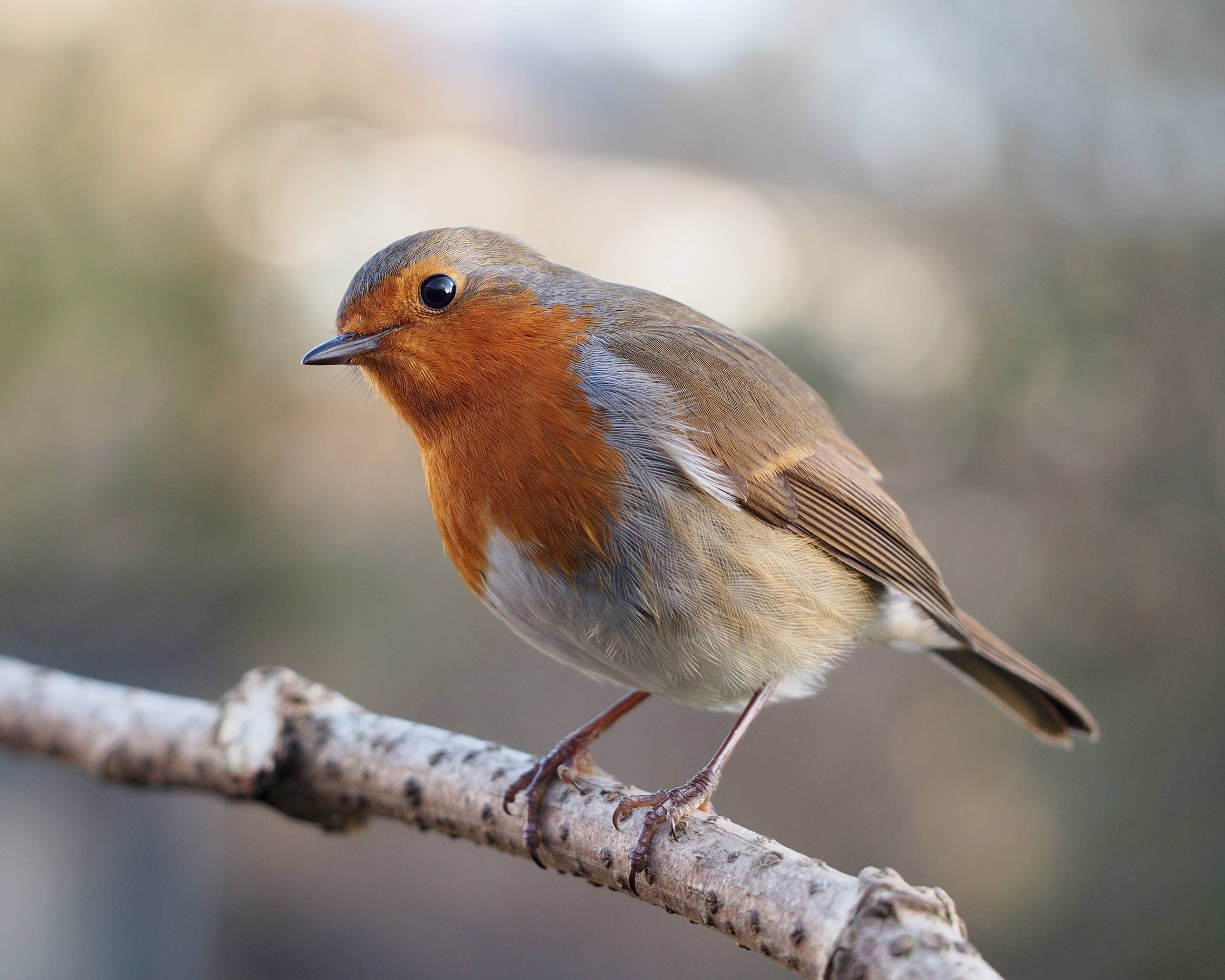 You are indeed correct that robins use their eyes individually as they tilt their head from side to side. It's known as monocular vision, and is how they, and many other birds, locate their food, primarily worms and grubs.

In May, 1965, an ornithologist named Dr. Frank Heppner published a 10-page report entitled Sensory Mechanisms and Environmental Clues used by the American Robin in locating earthworms. It's based on research done by many scientists over the years.

He set up experiments based on the five senses, designed to test which was actually being used. It is summarized in detail in Which Senses Do Robins Use to Find Worms?

By various methods, hearing, smell, taste and touch were ruled out. He concluded that sight was the only provable hypothesis:

Dr. Heppner suspected sight was the most important sense robins use to find worms. He drilled holes that looked exactly like worm holes. Robins ignored the holes UNLESS a worm was inside the hole within visual range. Whether that worm was alive and normal, alive but coated with a bad-smelling odor, or dead, the robins found the worms and ate them. He concluded that sight is the key sense robins use to find earthworms.

I don't know for sure, but your suggestion seems right.

As you can see on the picture you posted, these birds have their eyes on the side of their head which means that they quite surely are not able to see things right in front of their beak. So by turning their head they can look at their prey with one eye (no stereo vision but with better detail) before they then have to peck it more or less blindly.

For us this appears kinda strange and impractical, but obviously it works quite well since their prey is moving slowly and is rather large compared to the bird's beak. So even if the prey is moving a bit over the time the bird needs to turn their head there and back, it will still be nearly at the same spot and the bird will normally need a maximum of two attempts to pick it up.

Placement of the eyes on either side of the head widens the field of vision making it difficult to sneak up on the prey animal. It limits the area of binocular vision but comes with clear benefits. Tipping the head allows the bird to focus their vision on a specific location/item. Science Direct - Bird Vision

The pair of robins interested in the nest box outside my kitchen window are definitely tilting their head to check out the nest box with one eye from a perch at 90degrees to the nest box! From this, I came to the conclusion they used monocular vision and that this would make sense given the spacing of their eyes on either side of their head which most prey have to enable them to spot predators over the majority of 360 degree field of vision. I'm glad to see my O-grade biology of 50 years ago coming into its own!

9
Why do I never see robins in the woods?
2
What is this gray bird that has black stripes on the side and around the head?
3
Why would porcupines sleep on the ground during the day?
2
Why would a Rocky Mountain Goat be making scrapes in the ground?