What is this fish hook type called?

I am trying to buy this kind of fish hook (picture below), but I have no idea what is called. Does anyone know what to search for?

The main characteristic of this hook is that the hook eye is solid as opposed to a ring. 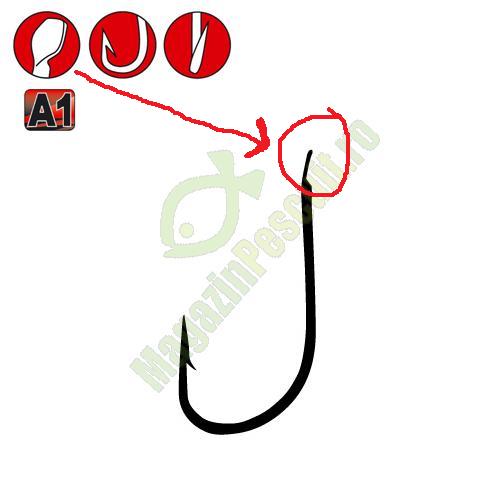 That is very simply called an eyeless hook or a spade hook.

Spade hooks are old school, but there are enough people that still say they're preferable to eyed hooks, in fly fishing at least, you tie both eyed and spade hooks basically the same. Some people pass the line almost arbitrarily through the eye on an eyed hook, but it's easier to tie them without going through the eye.

Not the answer you're looking for? Browse other questions tagged fishing fishing-tackle fish or ask your own question.

10
What are the best practices to ensure survival of catch and release fish?
3
What type of fishing lure is this?
2
What type of fish is this?
7
Fish aren't biting, how to get more bites?
8
Can ocean/saltwater fishing gear be used for freshwater/lake fishing?
4
Do fish hooks have a lead coating?
0
What is the name of a dip net with solid metal mesh/bowl?
1
Finding fish offshore