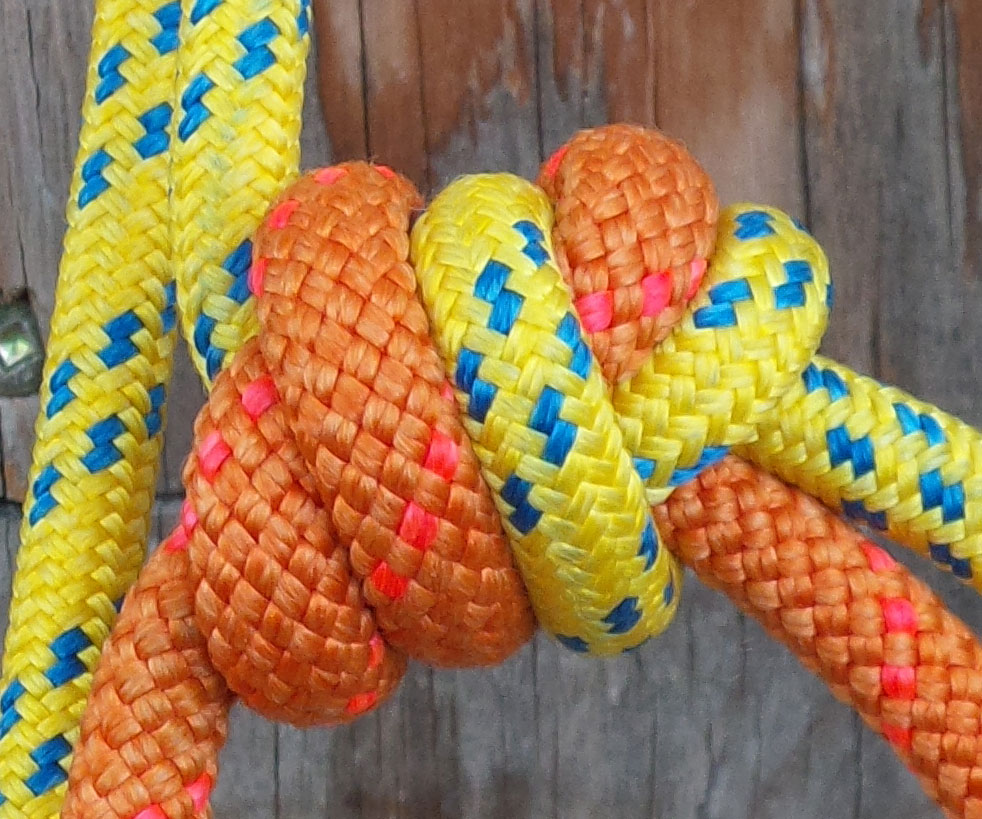 8
This isn't a double overhand loop -- what is it?

15
Which mid-line knot is best suited for a trucker's hitch?
4
Shortening a shoulder-length sling to half-length?
3
What is the name of this knot for tying into a "confidence" rope?
7
What knot is this one? What are its purposes?
8
This isn't a double overhand loop -- what is it?
6
What do you do when you're rappelling a halfed rope and you run out of rope on one side?
8
Does anyone recognise this knot?
3
What knot was used by my mountain guide to tie me in to the middle of a rope?
2
Terminology for different ways of tying bends?
5
Can anyone identify this stopper knot?