I built a spreader using steel double lock snaps from a NIB fall restraint lanyard and a 27 kn 50" webbing loop. I ran a bowline with blight to each double snap and one to where my steel 50 kn auto locker carabiner is. With exception of carabiner all knots are loaded and set directly on snaps and carabiner has just enough room for carabiner to pass through. Carabiner is made with knot from doubled loop and ends are just one layer of loop. So in another words there is 4 strands on blight at top and two per snap. Is this a solid use of knot? This is my attempt at reducing triaxial loading of carabiner 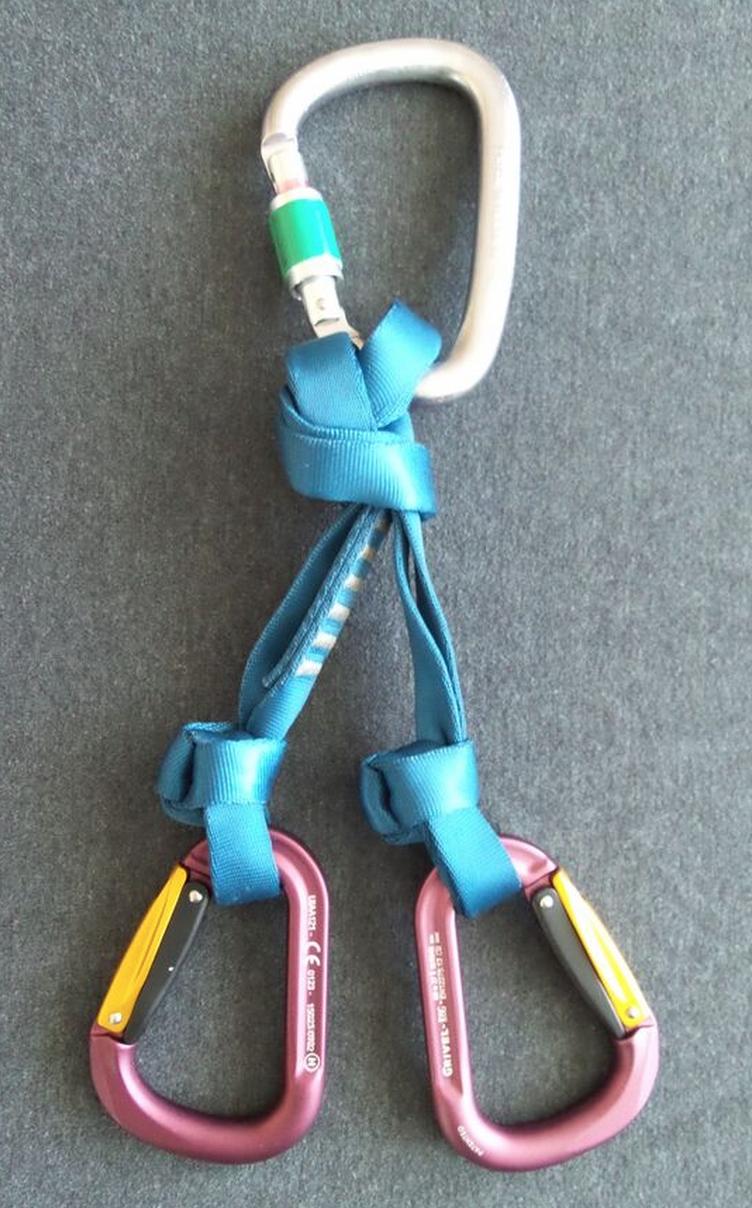 And you're wondering if it's a good substitute for one of these:

Sure, it'll work just fine, but it's a bit unorthodox, I've never heard of anyone using a bowline on a bight in webbing before.

Tying knots in a loop of webbing makes sense if you're trying to take up some of the length of your sling, or prevent the biners/clips from moving around, but a loop is a loop, and knots make slings weaker. You could just as easily do something like the image below and it would be simpler, and stronger: 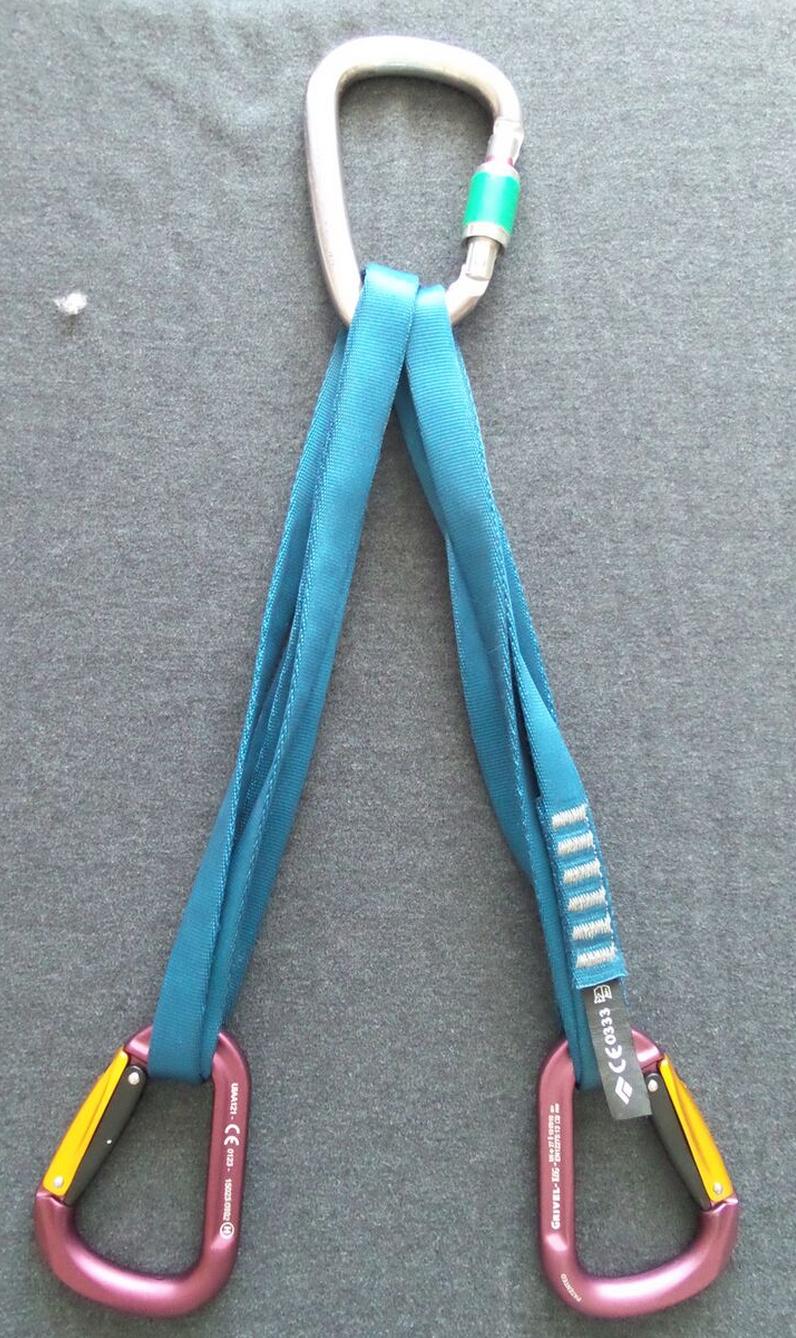 Using a system like this, the longer sling is going to be more comfortable, and if you want to put knots in the webbing I recommend just using girth hitches or water knots instead of bowlines.

Even still, it won't work as well as a spreader bar, if you want the comfort you should just invest a good separator spreader bar. They aren't all that expensive.

Not the answer you're looking for? Browse other questions tagged safety climbing or ask your own question.

24
How safe is the bowline knot in different situations?

10
Is there a functional safety difference in types of helmets
10
Urbex question: How to protect myself from asbestos?
8
Is there a recommended safety standard for crampons?
11
Safety precautions for a spotter for his/her own safety
11
How would one assess the safety of a wooden bridge?
12
Safety in re-slinging old trad gear
7
Acclimatization Question
4
Question about climbing in "A Line Across the Sky"
4
How to rig a haul bag so I can move it up/down while midair?