Any tips for landing fish on barbless hooks?

I have started to debarb all my flies a while ago (it is much better for the fish if you are doing catch and release), but have been loosing some hooked fish that I was otherwise able to net when I had barbed hooks.

I have heard that it is most likely due to mistakes in fighting the fish, so I wonder if there are any good techniques for landing fish with these hooks. Are there any differences in the way you fight a fish when your hook has no barb? Any tips to improve my landing rates?

Please bear in mind that I fish barbless to avoid unnecessary damage to the fish, so tactics that incur more harm to the catch (e.g. beaching the fish) would defeat my purpose.

Fishing in the rivers around here is catch and release only on barbless hooks. The trick is to not get over excited when you get a bite, let the fish take the lure, when he runs it'll set it itself, so don't tug on the rod. While he's on the hook you want to bring him in gently, don't tug on the rod, let go and let him run with the line if he starts to fight, if you fight back you'll lose him. Keep in mind also that it's not the hook that's going to hurt him, it's how you handle him on the shore, net him in the water, don't lift him out with your rod, if you drop him on the the shore he could give himself life threatening injuries by flopping around and bashing on the rocks. 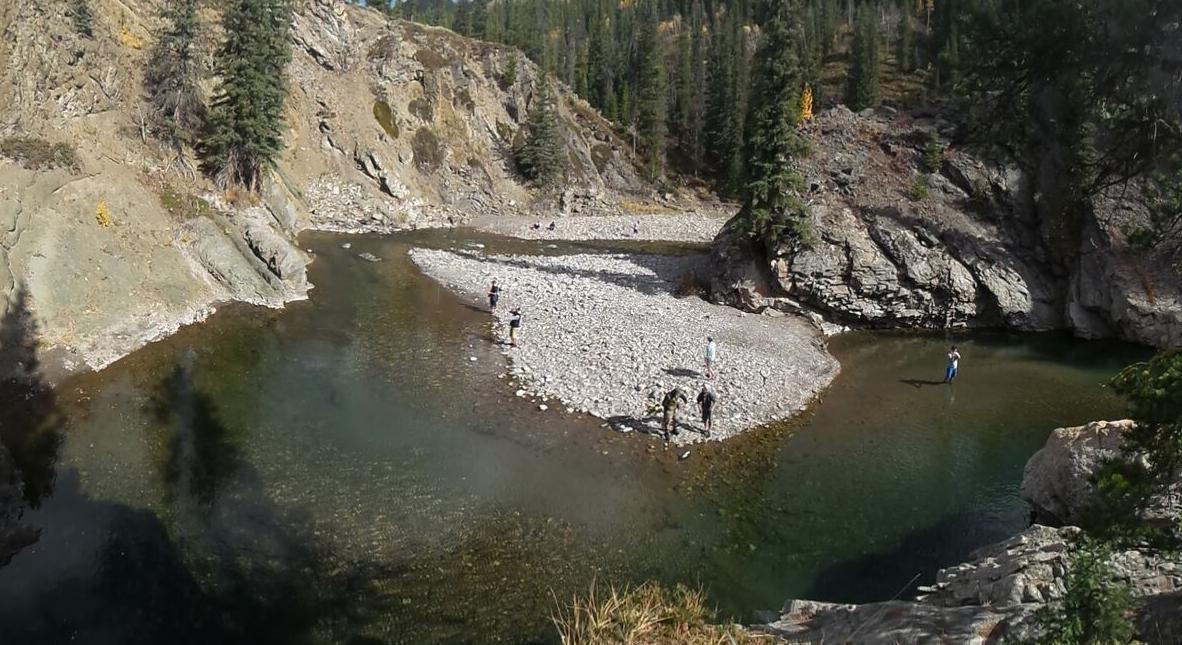 Fly fishing on the Old Man River with barbless hooks.

I haven't found a difference between landing percentage between barbed and barbless hooked. I kept logs of percentage of hooked fish that I landed in 2019 and changed to barbless for the last 4 months of the year.

Anecdotally I've heard and noticed myself that with barbless more fish stay on at the beginning of the fight but more are lost later on. I guess the theory is the barbed hook goes in easily (my fingers can confirm this!) but then also comes out easily.

I try to use moderate pressure and keep the line tight.

Not the answer you're looking for? Browse other questions tagged fishing fly-fishing conservation or ask your own question.

16
How do I catch fish with fish hooks but no bait?
2
Rod characteristic for spinning for small freshwater fish
12
Why do some fisheries have a lower size limit and others have an upper size limit for keeping fish?
10
Went fishing on the river for full day, caught one fish; normal?
4
What is the survival rate for fish restocked via airplane?
5
What tool(s) would be helpful for unhooking fish?