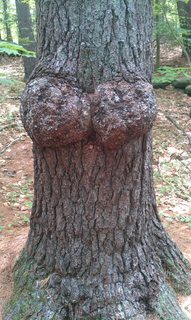 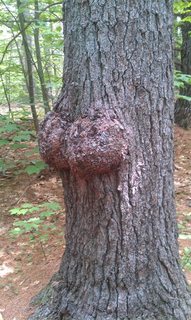 9
What types of trees are in these intertwined groups in Massachusetts?
12
What are these round, spiny, puffy, green things from the ocean in Northeast United States?
6
How can I identify Woolly Adelgid on a Hemlock tree?
5
What are these fungi that I've found growing on a dead birch?
5
Is this fungus on a birch tree Chaga?
3
What is growing in these cocoon-looking structures found on a mountain in Massachusetts, USA?
9
What is this black and yellow-striped caterpillar with four toothbrush-looking tufts of hair along the top?
6
Help identifying mouse-like rodent in Willamette Valley (Oregon)
2
Looking for information about the large circles free of snow that form in the spring around the trunks of large trees?
5
What is this plastic net with a wide middle and bottom that looks like an upside-down flower hanging from a tree?