A v-thread (sometimes called an Abalakov thread) is a technique used in ice climbing to produce a disposable anchor when abseiling off an ice flow (as opposed to leaving some protection, such as an ice screw behind)

To produce a v-thread you use an ice screw to produce a v-shaped cutting into solid ice and thread some cord though it. You can then use the cord as an anchor point: 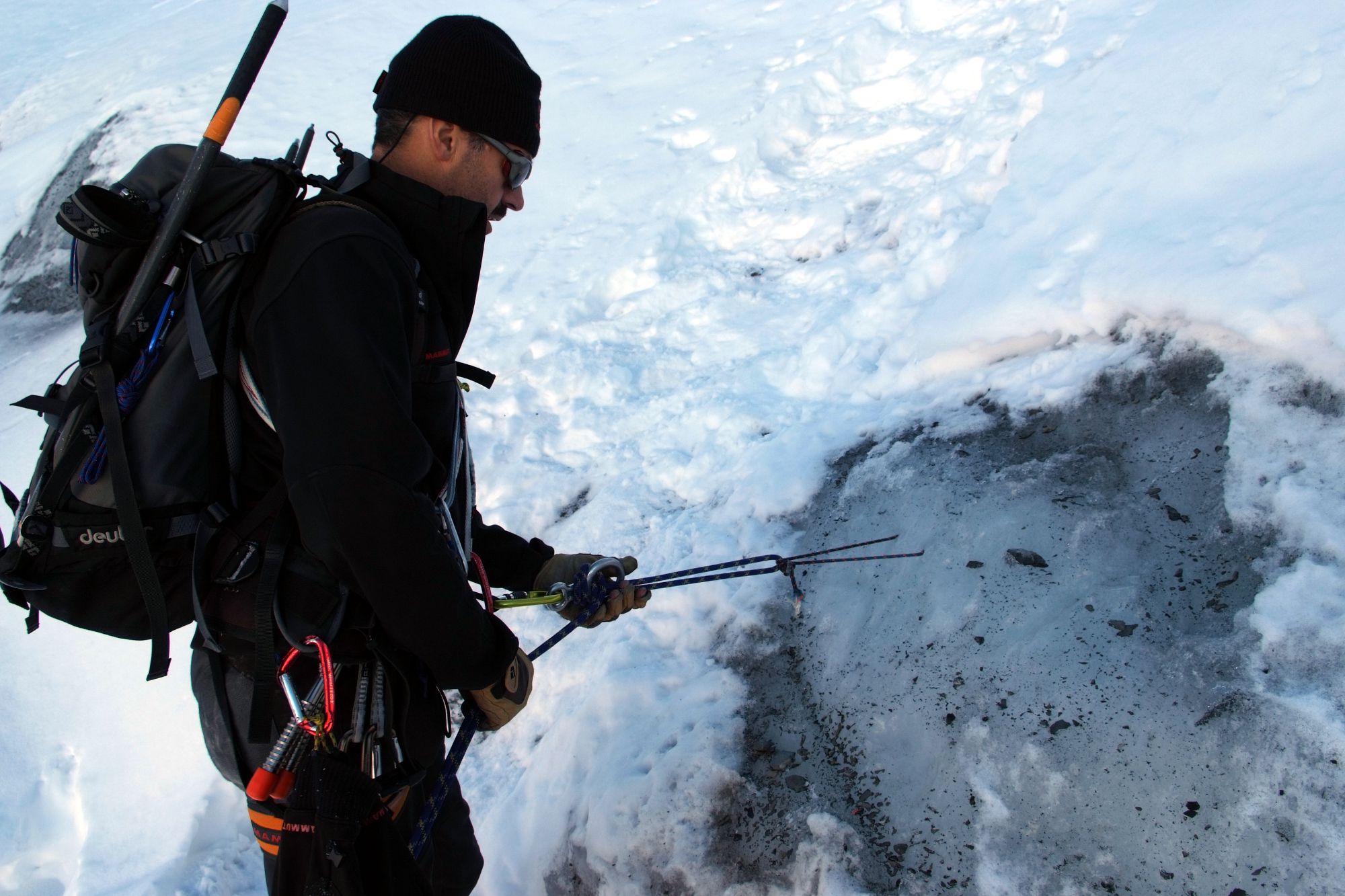 How much stronger is a vertical v-thread than a horizontal one?