How do the skills required for mounted archery (archery from horseback) differ from those required for other forms of archery?

Odd Deer's latest archery question brought to mind a historical novel I read some time ago which featured a mounted archery contest. (The novel was otherwise forgettable.)

Wikipedia, mounted archery summarizes the history and also the status of present-day mounted archery. It is an active sport in Mongolia, Korea, Australia, Hungary and the United States. (There is a group called The Mounted Archery Association of the Americas.) One sentence is particularly intriguing:

Surprisingly, as challenging as the sport appears to be, many who have never picked up a bow can achieve great success with some courage and a little practice.

My question: other than the obvious skill of horsemanship, how do the skills required for mounted archery differ from being stationary and shooting at a target?

I'll focus on the directly archery related things. I think it's quite obvious that the horse is heavily moving and thus you've to learn to absorb this movement in your hips.

The main difference is, that you need to be fast. You don't have time to sit in your anchor and focus. You've to look, draw, anchor, release in just a second.

Horsebows are also commonly shot over the outer side (the opposing side of your bow-arm) of the bow. The arrow lays on your thumb.

The release technique for a horsebow is also different. They use the thumb technique. 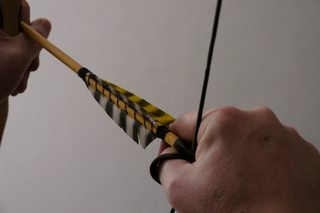 In addition to the popular, so-called “Mediterranean” technique for drawing the string using the index, middle and ring finger, there is also a method for drawing the bow that involves the thumb, which is still used in Asia today.

This was the technique employed by many traditional riding people such as the Mongols, Tartars and Huns. Even in Turkey and Hungary the thumb technique is still widespread today.

With the thumb technique the arrow is usually placed on the right side of the bow (whereas for the Mediterranean technique it is on the left), so the arrow doesn’t fall off the arrow rest while the archer or his horse is moving. [If you are a left-handed archer, it's the other way around of course.]

Another reason is that when using a short bow with a large draw the angle of the string when fully drawn can be very acute. Finding room for two or even three fingers can be difficult, causing a lot of pressure on the fingers or even on the delicate arrow shaft.

The thumb technique makes it easier to reload the bow and there is a smaller risk of injury as the arrow does not need to be inserted between the string and the bow arm. This means the tip of the arrow won’t poke you in the hand or in the bow, as often happens with the Mediterranean technique.

With the same amount of effort the thumb technique gives you 1-2 inches more draw compared to the Mediterranean technique.

The spine value of the arrow does not have to be perfectly matched to the bow with the thumb technique. This was a big advantage for antique archers in battle, as they could simply pick arrows off the ground and shoot them again.

Of course you don’t need a horse to use the thumb draw. These days the technique has many supporters who enjoy this form of shooting – or rather releasing. However you still get quizzical stares when you arrive at archery practice with a ring on your thumb. 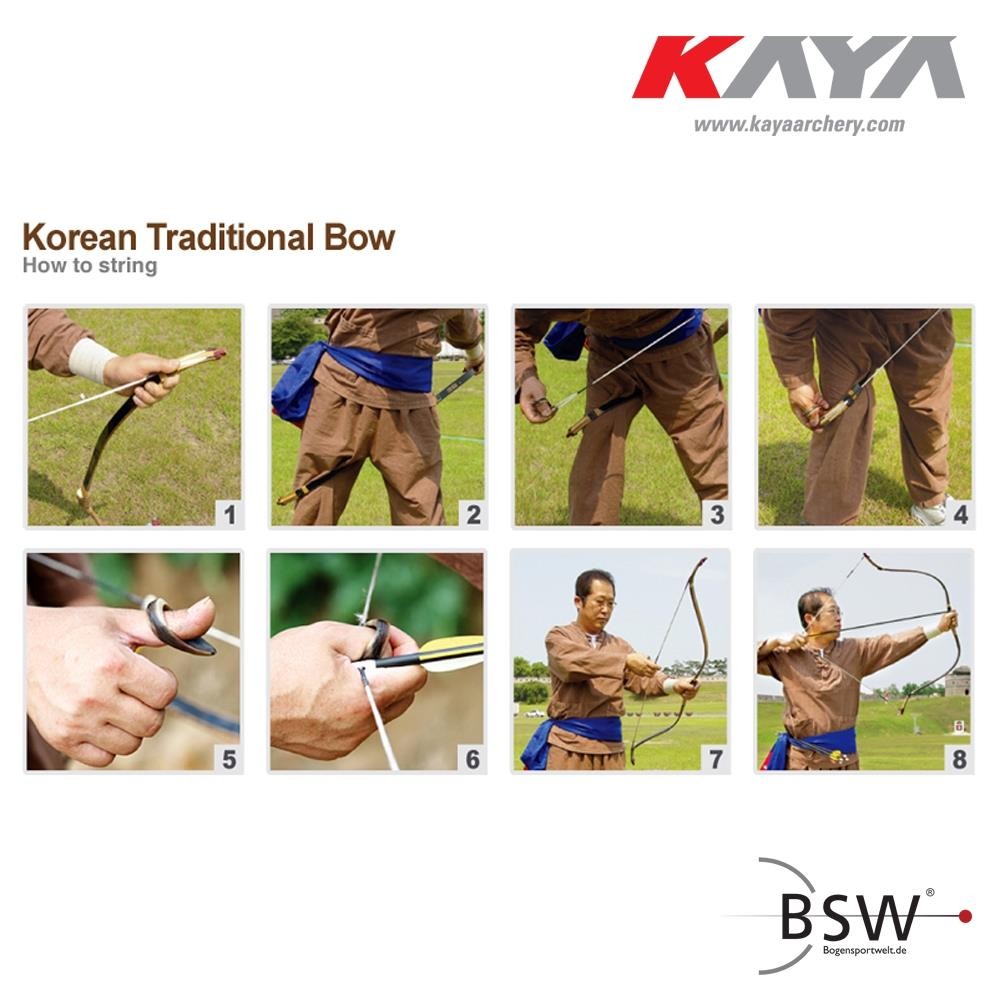 Mention three things in this picture:

how do the skills required for mounted archery differ from being stationary and shooting at a target?

Well quite a lot really. For a start you need to be able to ride a horse very well! Number of points:

The masters of this are obviously the Mongols. In the 13th Century their mounted cavalry were the most feared warriors in the world. They began training for this, pretty much, as soon as they could mount a horse. They would often time the release of the bow to the exact moment that all 4 of the horses legs would leave the ground therefore giving them the most stable platform. 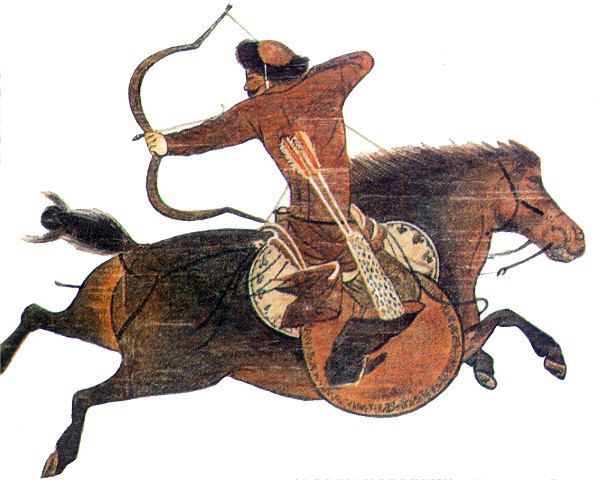 Not the answer you're looking for? Browse other questions tagged archery or ask your own question.