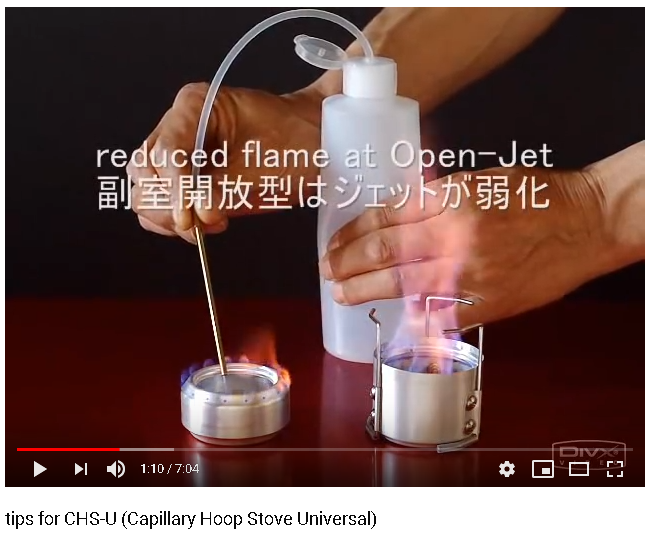 11
For a DIY wood burning stove, is there a significant advantage of the double wall "bushbuddy" style?
12
How do I light a spirit (ethanol) stove when it's cold?
6
What's a good back-up wood and alcohol stove?
8
Which camp fuel type is the easiest on your stove?
11
What is the most efficient DIY alcohol stove for narrow pots?
7
How to clean a potentially clogged coleman multifuel stove?
5
When building a penny stove how do you keep the cans from splitting?
4
What are the different names for and sources of alcohol for my stove?
5
What's the smallest (and simplest) practical DIY wood-burning back-/bike-packing stove?