I've noticed that the vegetation in the subalpine forest is very different between the Alps, the Urals, Scandinavia, or the Canadian Rockies. In the latter, I didn't find any at all.

In the Alps, the subalpine forest immediately below the tree line is dominated by spruce and larch. The tree line for broad-leafed trees is lower down, but all layers of the forest see autumn colours. 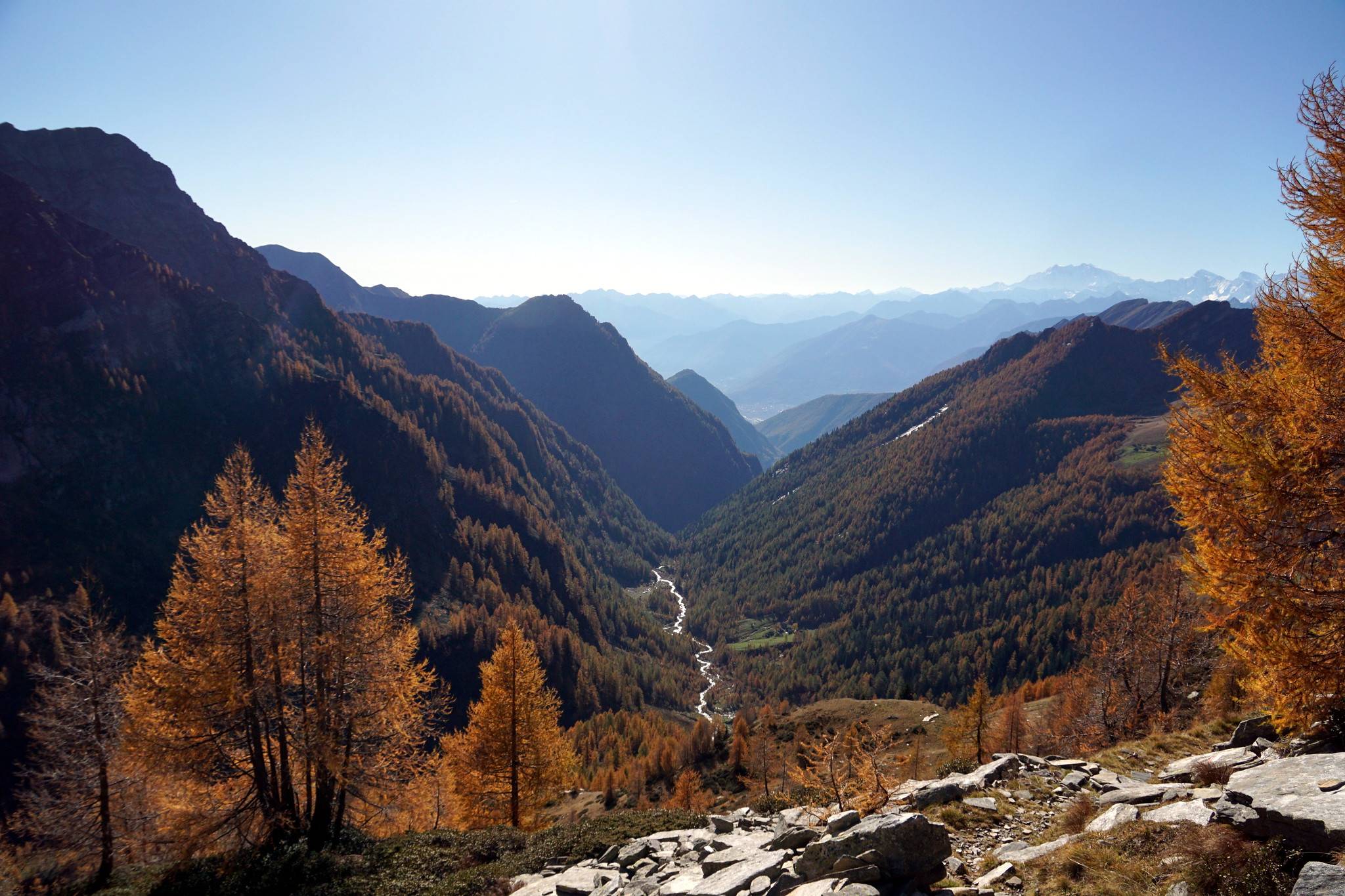 In Norway, Sweden, and Finland, it is dominated by birch forests; the tree line for pine and spruce is further down. The beautiful autumn colours are in the birch forests. 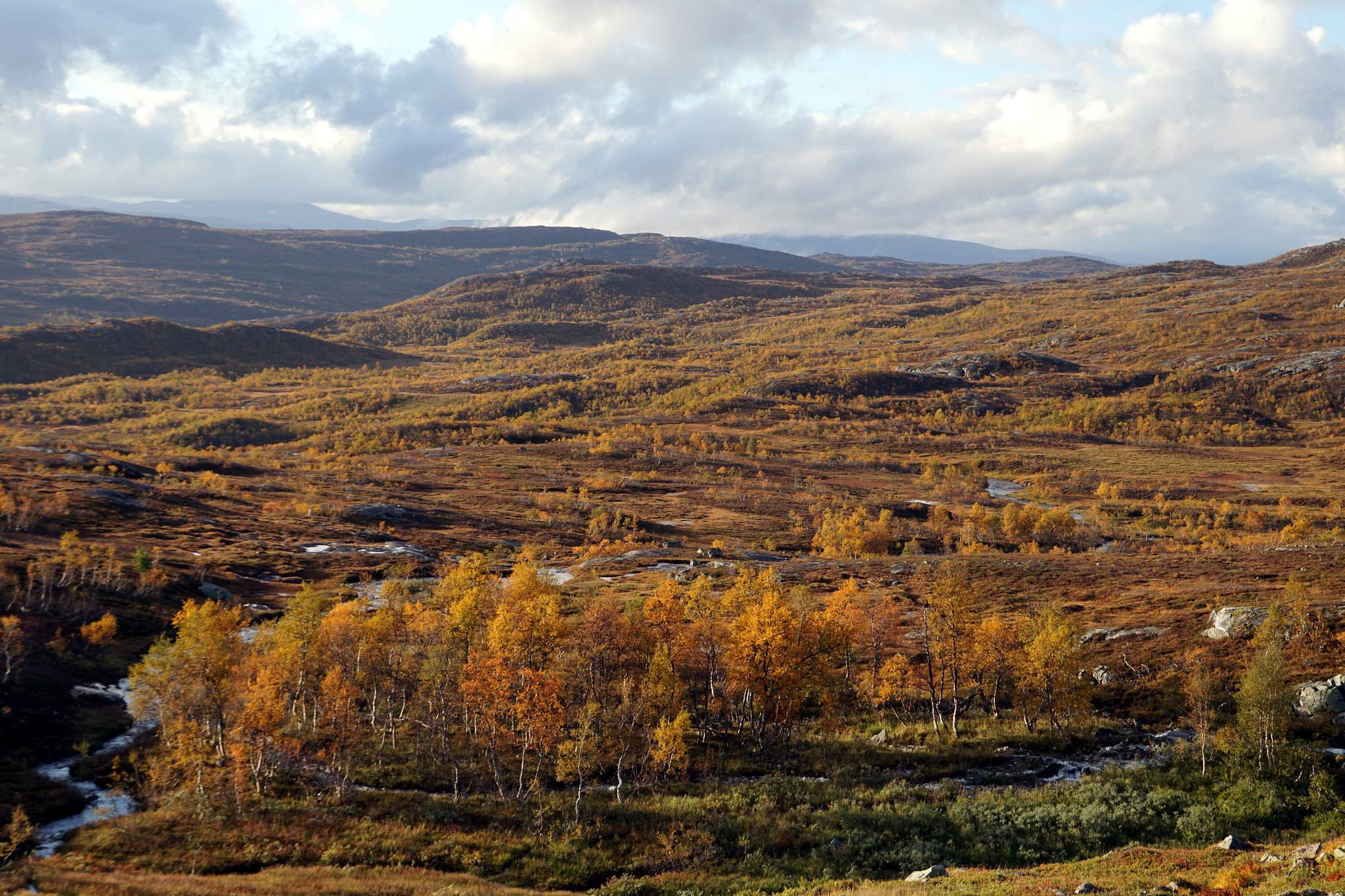 In the Canadian Rockies, it was dominated by spruce, pine, and fir. I saw little to no birch or larch and was missing fall colors. For this reason (among others), I enjoyed my hike there less compared to the ones in Europe.

In the sub-polar Ural, I saw a mixture of all of the above, leading to the most spectacular mixture of autumn colours I had yet seen. 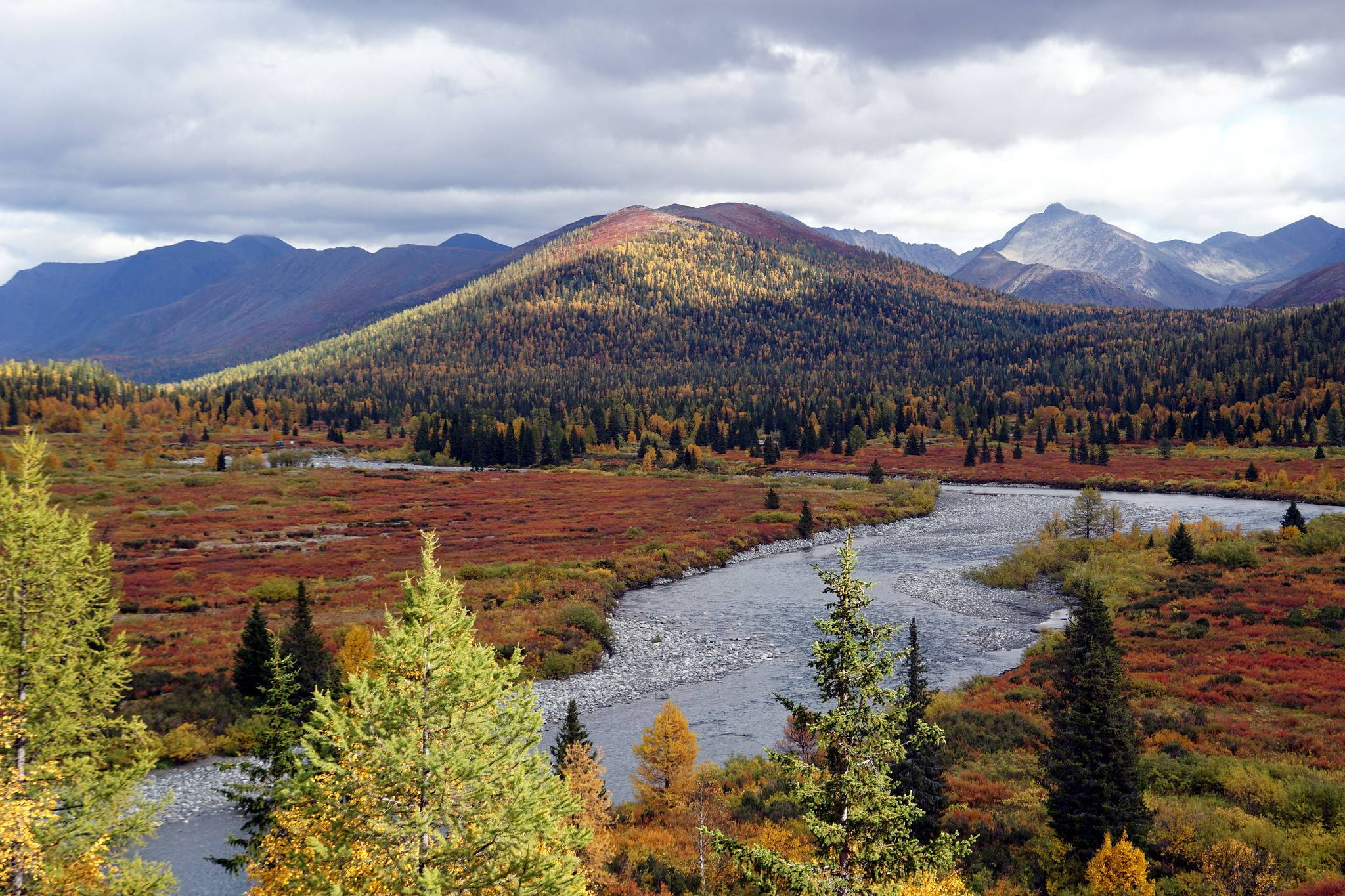 For a hike near the tree line, I can find autumn colours in the Alps, Scandinavia, and the Ural, but I failed when I was in the Canadian Rockies. Can I find fall colours in Northwestern North American mountains? I might have the opportunity to fulfill my long dream of a hike in Kluane National Park this year in September. Since this is as far from the Canadian Rockies as the Scandinavian mountains from the Alps, there is no strong reason to expect similar vegetation. The Kluane National Park website does mention dwarf birches, but not how common they are. It does not mention larches.

How common are fall colours in the tundra and the taiga near the treeline in Alaska and Yukon? I'm a bit skeptical of x best places lists (in particular if they declare the most spectacular fall season in the entire world, some of their photos only show evergreen trees, and their ranking methodology is undisclosed). I was disappointed in Jasper National Park. Will I have better luck to find fall colours in the Kluane / Wrangell–St. Elias / Glacier Bay / Tatshenshini-Alsek area?

Here's what I could glean from the websites of the parks you mentioned. The key thing to know here is that when describing the common type of forest in an area, tree species are listed starting with the most common species.

A montane forest of white spruce, trembling aspen and balsam poplar covers much of the lower valleys and slopes.

This sounds like white spruce is the most common, but I would expect a good amount of aspen and poplar mixed in. Both should give some good yellow fall color.

Since the spruce bark beetle outbreak, the relative dominance of deciduous trees in the overstory has significantly increased in the southern but not the northern area of the Park. There is significantly more willow than tall regenerating spruce which could inhibit tree regeneration in the understory. As of 2015, the forest remained spruce dominated with a deciduous component within the range of natural variability. Source (scroll down to section, "Forest composition and structure")

However, most of the mature spruce were killed by the spruce bark beetle. Deciduous trees (IE the ones that make good fall color) are now more common in the southern area of the park than they used to be. All the dead spruce trees look pretty bleak in this photo. So, consider whether you'll still enjoy fall colors when they're intermixed with the skeletons of a forest destroyed by an invasive species.

Low-growing or stunted shrubs in the transition zone include: willow, dwarf birch, and alder, which provide protection for the smaller plants.

Of the hardwood trees in Wrangell-St. Elias National Park the most prominent is the Quaking Aspen (Populus tremuloides).

The Paper Birch (Betula papyrifera) is not as widespread as the aspen. However, it is evident in Wrangell-St. Elias National Park. The Paper Birch species are very quick to colonize areas that have been affected by wildfire. Generally the areas following the fire will have a mixed stand of Paper Birch and Quaking Aspen.

Black Spruce (Picea mariana) trees are one of the two main evergreen tree species in Wrangell-St. Elias National Park. These trees occur in the more mature stages of the Boreal forest.

To summarize: expect excellent fall colors in areas that had wildfires between 10 and 75 years ago. Areas that haven't burned in the past century will be dominated by spruce. I didn't find any maps of fires, but that information probably exists somewhere. Call and ask the visitor's center for advice.

Also, based on this photo of a caribou resting in fall-colored shrubs, you can expect excellent fall color in the unforested areas as well. I can't tell what species are in the photo, but interspersed through the grass are two kinds of shrubs, one a bright greenish-yellow and the other a muted red.

Pioneer communities can develop into dense thickets of nitrogen-fixing alder and cottonwood that enrich the soil and provide shelter for other colonizing species such as willow.

Farthest away from the glaciers in time and space, the lowlands near the mouth of Glacier Bay have become cloaked in a spruce/hemlock rainforest and lush, spongy tracts of muskeg. In the surrounding mountains, thick mats of flowers and heath carpet the alpine hills and meadows.

That breaks down into four vegetative communities:

The valley of the upper Tatshenshini is characterized by open sub-alpine forests, often with extensive poplar stands and alpine tundra.

Below the mouth of the O’Connor River, the Tatshenshini is dramatically different. ... the mixed spruce-willow-birch forest found along this stretch of the river is unique in BC.

Mixture of conifer and deciduous trees means there will be some fall color mixed with darker green of the conifers.

In BC, the Alsek Valley is very different from the Tatshenshini. ... The broad, braided, silt-grey flows past dense groves of paper birch, willow and aspen. Higher slopes are covered with shrubby willows and slide alder.

Birch and aspen have good yellow fall color. Willows are usually less spectacular in the fall; as noted elsewhere some species of aspen stay green well into the winter.

Note: Unless otherwise noted, the source of each quote is the official page for that park, at the link provided in the park name.

Not the answer you're looking for? Browse other questions tagged united-states canada autumn or ask your own question.

18
What are the consequences of — illegally — using a 446 MHz PMR in the North American wilderness?
8
Where can I find visitor statistics for Canadian provincial and territorial parks?
2
When to see autumn colours in and around Kerlingarfjöll, Iceland?