What kind of sea creature leaves this skin/shell?

While hiking the beach at Cape Scott in British Columbia last summer, I kept on seeing these weird pieces of organic flotsam. I'm familiar with kelp, dead jellyfish, sea urchin shells, etc... but these seemed really different. And I've never seen them before anywhere else in BC or elsewhere.

First, from a distance when wet, they look more like dead organs of some fish or sea mammal, because of the red and white coloring.

Second, if you touch them they actually are dry and have the feel and consistency of rubbery silicone kitchen utensils. 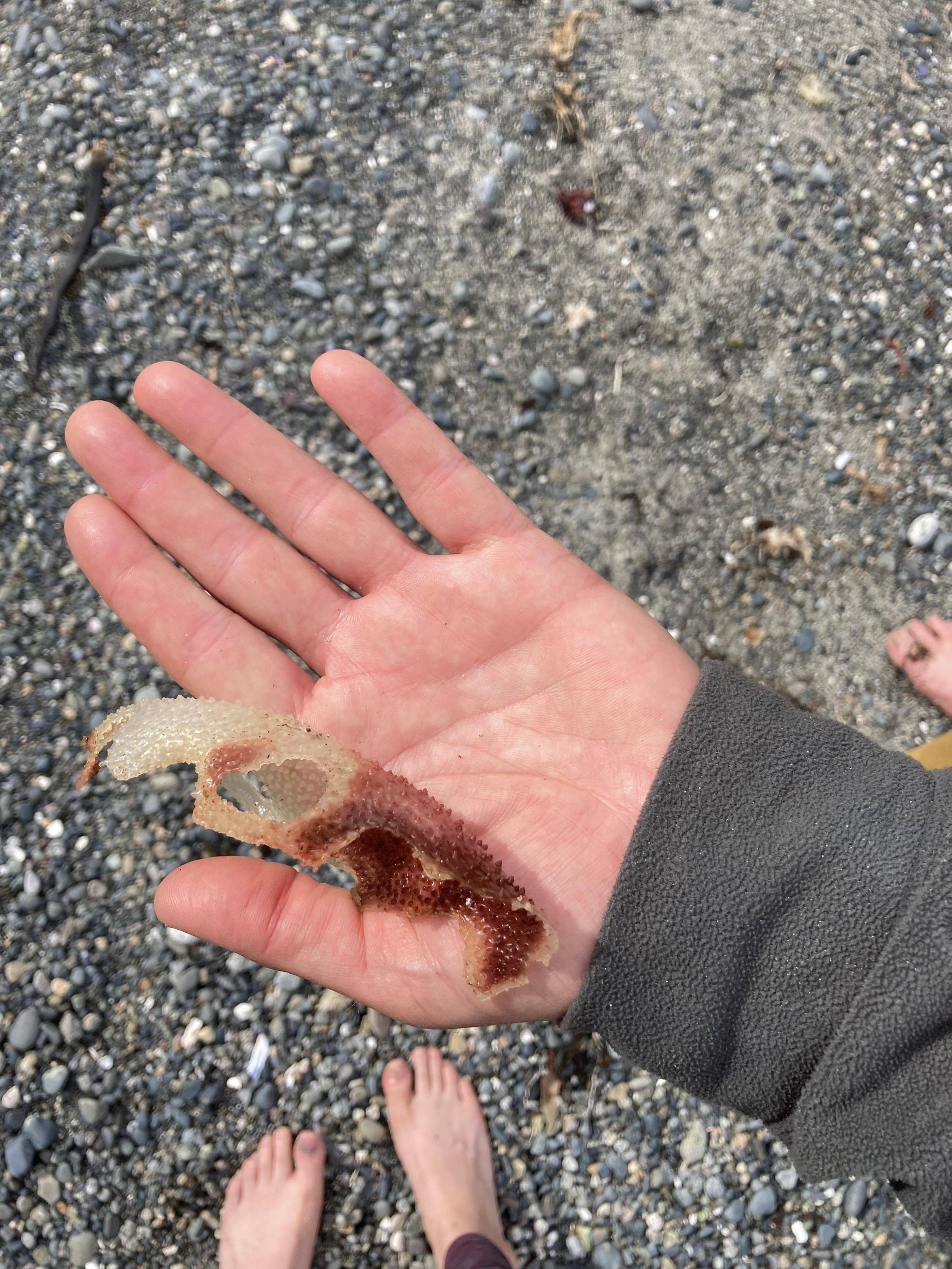 Yes, I can see how something like a plant or jellyfish may dry out to that texture. But I'd expect that to slime up/lose consistency as soon as it got wet again. 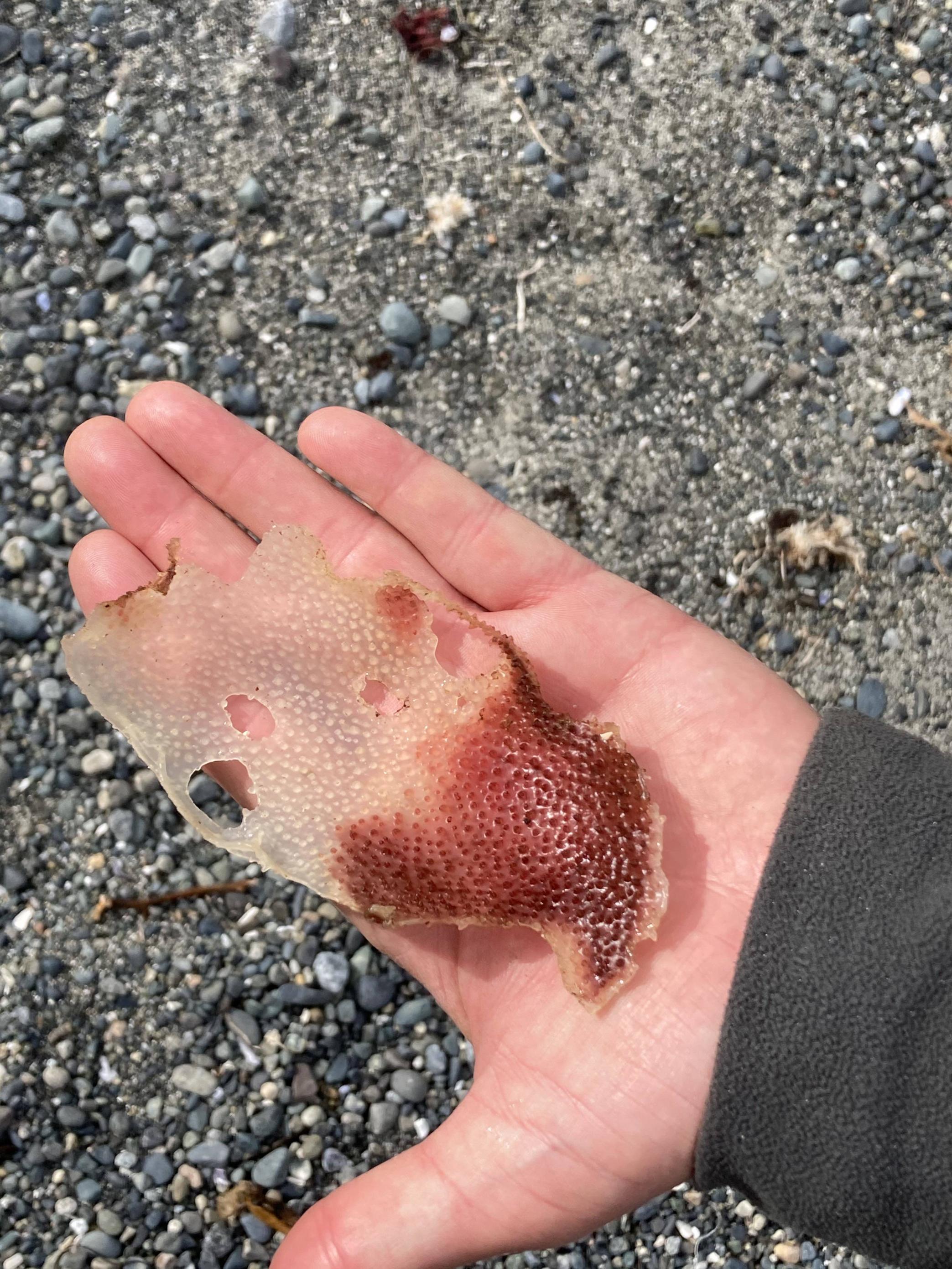 It looks a lot like dried Turkish Towel seaweed, or Chondracanthus exasperatus.

Turkish Towels are often solid red when alive, but

then changes to shades of brown, pink, cream, and translucent as it dies and dries on shore

The other big tell is the texture. Turkish Towel and the distantly related, but similar looking Turkish Washcloth, both have distinctive papillae, the bumps that reminded someone of a towel or a washcloth (and towels apparently originated in Turkey - who knew?).

I'm a little surprised to hear that you haven't seen them elsewhere in BC. Having grown up in Washinton, I thought of this seaweed as pretty common.

And its range is definitely not limited to the southern part of the Salish Sea. Here's a picture from Vancouver Island: 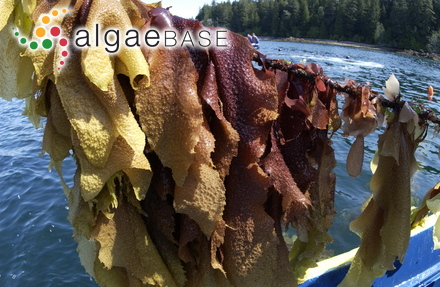 And some extra pictures, if I haven't made a strong enough case: 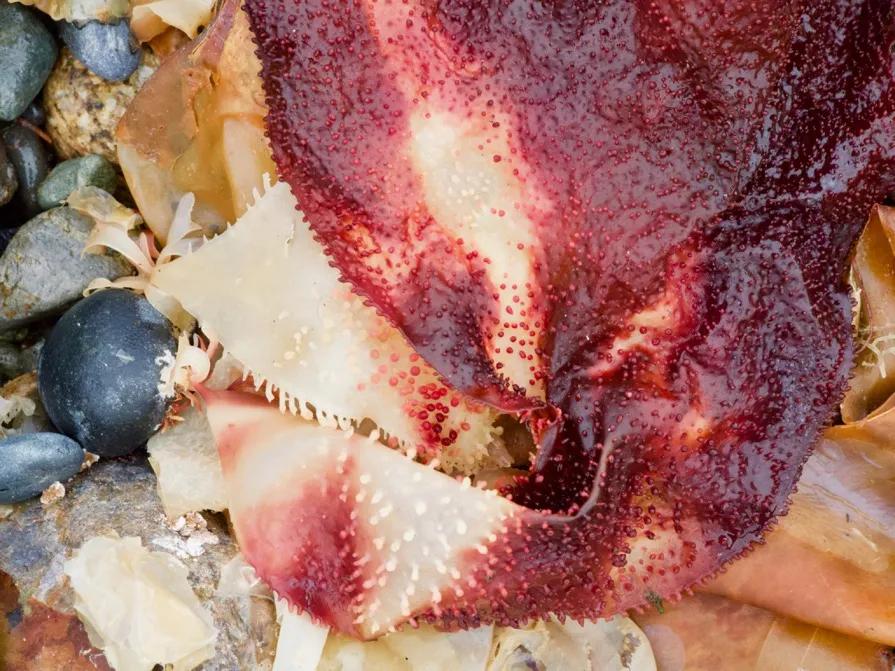 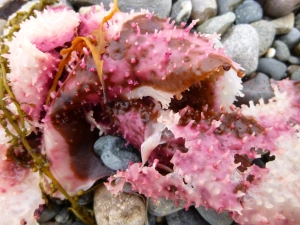 18
Identification of a jellyfish-like, shapeless sea-creature from India
10
What is this plant in England with large veined leaves and multi-part buds?
7
What kind of animal may have done this?
9
Can anyone identify this small black swimming creature?
11
Can you identify this lizard-like creature I observed in the UK?
7
What kind of toad is this?
20
What coastal creature leaves braid-like trace that has clear landing and take off points?
1
What kind of owl is this?
6
What creature sounds like an adult human man saying "Hrmmm"?