Is a national forest always a forest?

This question may seem obvious — but is a national forest always a forest? In Norway, statskog — which quite literally means national forest — is a state agency owning forest land, but also vast amounts of mountain tundra, marshlands, lakes, reindeer herding lands, mountain cliffs... in fact, I wouldn't be surprised if only a minority of statskog land is actually forested. Statskog owns 20% of Norwegian land area (with Finnmarkseiendommen, another public agency, owning another 15% of even emptier land).

How is the situation in the U.S.? Should I imagine a national forest as a large area of (possibly managed?) forested lands, or does forest like in Norway not literally mean forest?

No, a "national forest" here in the US is a legal designation and does not mean the land is actually covered with trees (a forest).

In the US, there are quite a number of governmental divisions that own and manage land that is open to the public to various degrees. Sticking just to the larger federal ones, there is BLM land (Bureau of Land Management), department of the interior which runs the national parks and monuments, the department of agriculture which runs the national forests, and a few more I don't remember details of. For example, I don't remember who exactly is responsible for national wildlife refuges, but is that yet another agency (within DoI, I think). Some other agencies have land that is partly open to the public in some cases more as a aside, like the military. Generally military reservations are not open, but there are some strange deals like the Kofa National Wildlife refuge in AZ that is was actually carved out of the Yuma Proving Grounds, with a deal that the military can take it over again at any time in case of national need. It might require only a presidential edict or possibly even less, versus the act of congress it would take to otherwise move land around between agencies.

Each of these agencies is tasked with different objectives, so they therefore run their lands differently. National parks and monuments (the only difference between the two is that a park is established by congress and a monument by presidential edict, which is sometimes then ratified by congress and converted to a park) are run by the Department of the Interior and are primarily for conservation with some mandate for public access, recreation, and education.

National forests on the other hand are run by the Department of Agriculture, and quite a variety of benefits are expected from them, many of them conflicting. The national forests are looked at more as nationally owned resources. The DoA likes to refer to them as "land of many uses", which you often see on the road signs. Much of the nation's timber harvest comes from the National Forests. Sections are routinely auctioned for harvest. The forest service must plan these on a long term sustainable basis, but providing forest products is a primary job of a National Forest.

More broadly, National Forests are really lands held as a public resource. The name came from when these were first established as the federal government bought up lands the timber companies clear cut and dumped, so they were originally forests. Since then, the same governmental infrastructure was used to hold other public lands regardless of vegetation cover. The common theme to all National Forests is land held as a public resource, not necessarily just conservation, although there is a mandate that any uses be long term sustainable. The National Forests do include a lot of true forest, but also tundra, desert, and various other landscape types.

But wait, then there are the federal Wildernesses. These are well explained in a answer by LBell. The Wilderness designation runs accross agencies. Any federal agency that holds land can have a wilderness area on that land if it meets the various criteria. There are Wilderness areas in National Parks and Monuments, in National Forests, and on BLM land. These are basically pure conservation areas, and are even more protected than just a National Park.

Here are some examples: 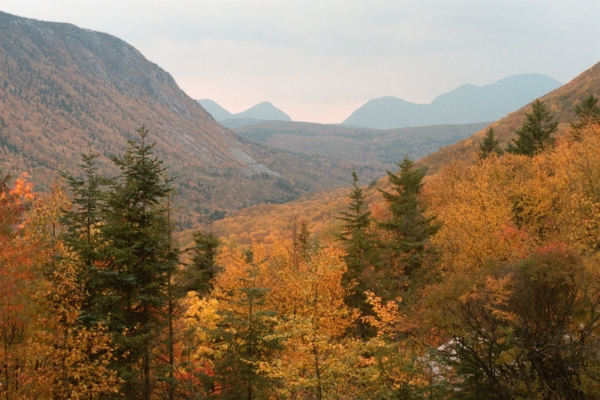 This is in the White Mountain National Forest in NH looking south from Zealand Notch in the fall. This area really is a forest, as with most of the eastern US when the land is left to its own. 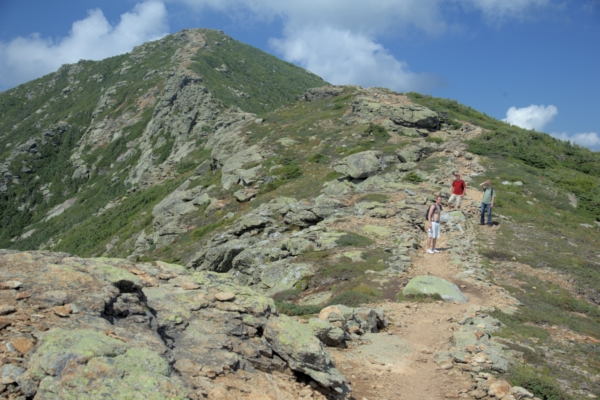 This is in the same "Forest", but this section is above tree line. To the right of the ridge is the Pemigawasset Wilderness, which is a region within the White Mountain National Forest. 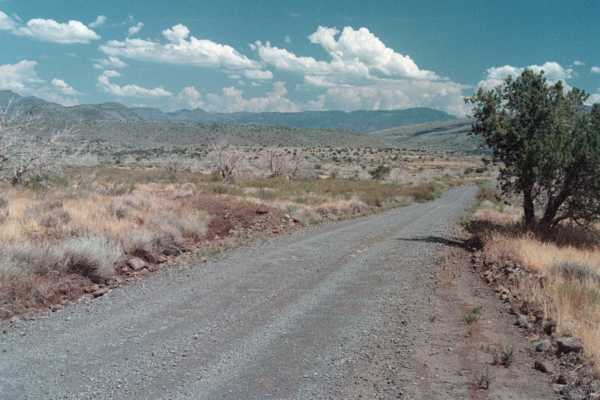 A good portion of it is usually forest, but not always. Case in point, I visited the Cloud Peak Wilderness in Wyoming this summer, contained in the Bighorn National Forest. While much of it was forested and wooded: 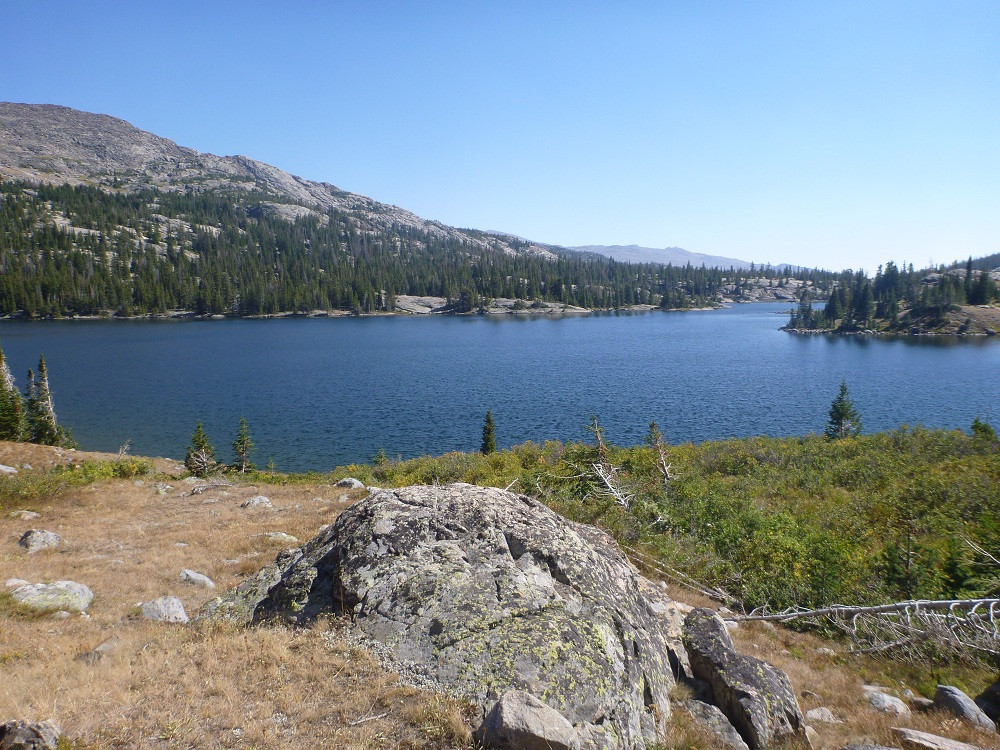 not all of it was: 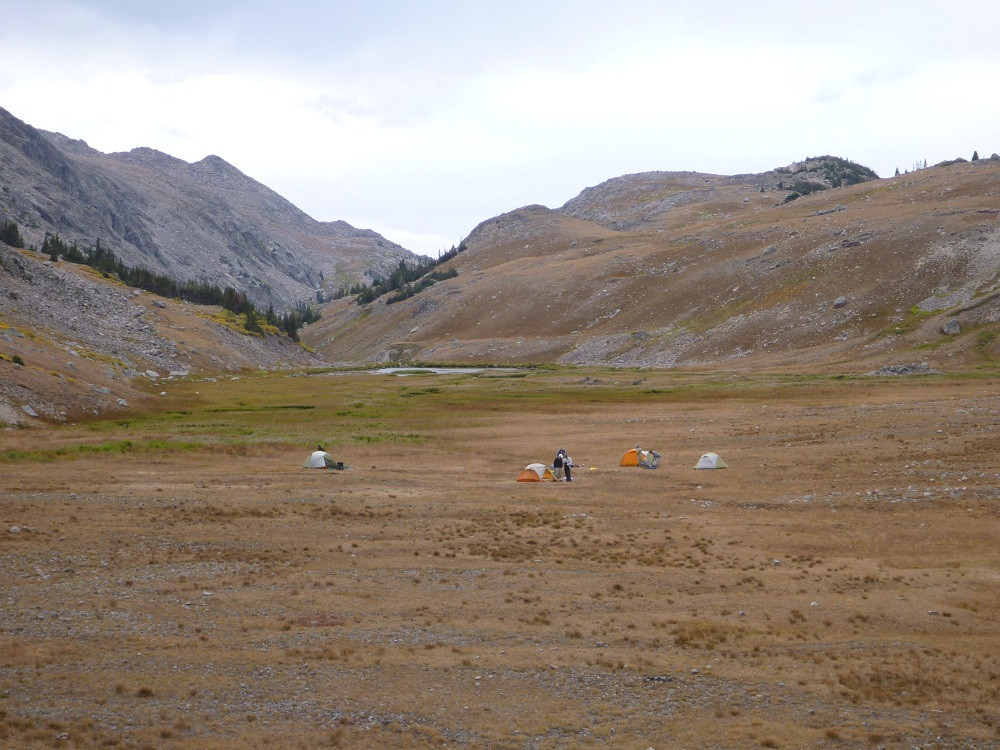 Furthermore, in the US, land being a state/national park vs a 'forest' is often purely a result of political effects, because in the US parks and forests are managed by different government agencies. National grasslands in particular are managed by the US Forest Service. And of course, plenty of national parks will be forested.

So, really there is no hard and fast rule.

While the majority of national forests in the US and the UK are forested, there are also wide areas included within the boundaries that may be mountains, plains, lakes etc.

Often the boundaries are a legacy of when the area was originally defined - sometimes forest has retreated, sometimes the boundary was defined to include lands which appeared to be used by particular animal herds etc.

Simplest is to assume that the majority is forested, but in any area you are heading to you may encounter other land usage.