What do the climbing terms "Redpoint", "Pinkpoint", "Flash" and "Onsight" mean?

In climbing what do the terms Redpoint, Pinkpoint, Flash and Onsight mean?

Where does it come from?

The two terms specifically refer to the finer aesthetics of Lead Climbing, in which a climber will either create intermediate anchors using gear (referred to as traditional climbing), or will use the bolted anchors on a wall (referred to as sport climbing), and clip the rope to them as he/she ascends for protection.

To understand the two terms, you will need to understand some other terms first: Onsight, and Flash.

If you fall or rest on the rope (held by your belayer) during your first attempt to flash or on-sight a route, but know that you could have done better, you may decide to try again after coming down.

The difference between redpoint and pinkpoint can seem subtle, so here is a picture from Alli Rainey's site to better explain. The route he is climbing on the left side already has some quick-draws in place to clip to, the route to his right however, does not. A climber going up the right side of the picture would have to take quick-draws with to attach to these hangers. 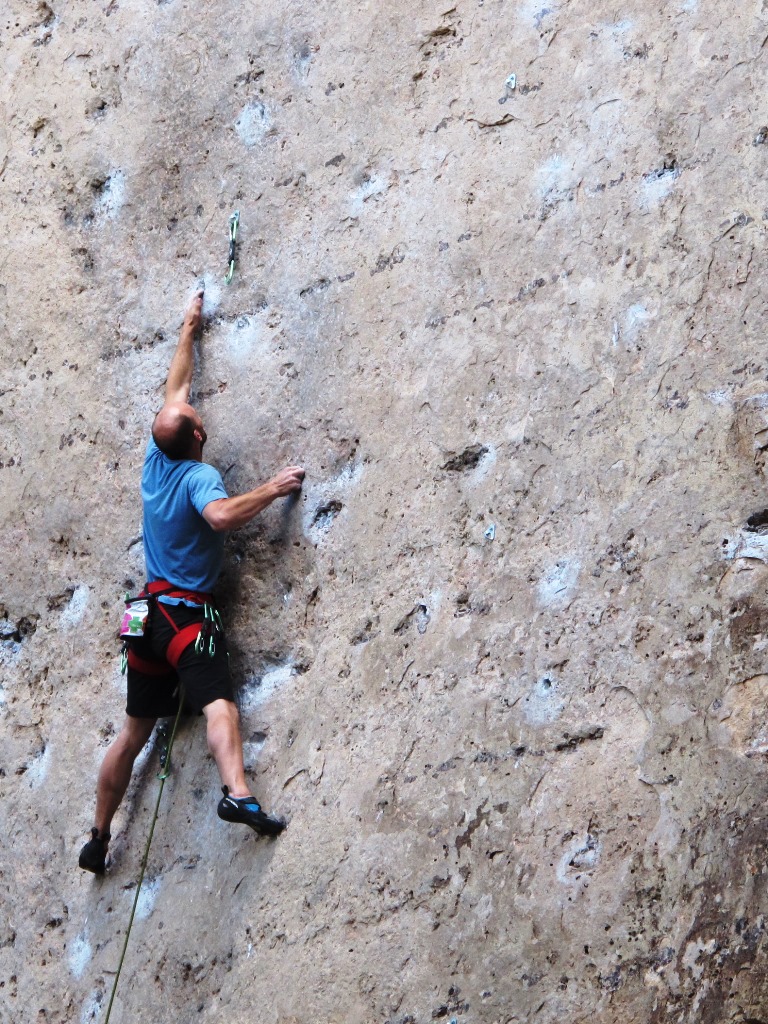 The term redpoint originates from German climber Kurt Albert in the 70's. He painted a red-circle at the base of a climb which he later filled in once successfully free-climbing the entire route.

36
What does it mean to cross load a carabiner?
11
What does glass mean in the context of hunting?
9
What does "expedition-weight" mean with regard to clothing?
13
What does it mean to free a climbing route?
36
What is the difference between "dry rope", "non-dry rope" and "dry core rope"?
16
What is "Isolation" and "Prominence" in mountain terms?
6
What is the Origin of the Word "Sendtember" in Rock Climbing?
12
How to progress in rock climbing after grades v4 / 5.11+?
9
What does contouring mean in the context of navigation/orienteering?