Are these seabirds near Vancouver Scripp's murrelets?

My daughter thinks they are loons, but I doubt it. I'm thinking murrelets, from whatbird and wiki:

Sorry for the picture, if I walk by with a proper camera, I'll repost, but this was using cellphone under low light, zoomed. 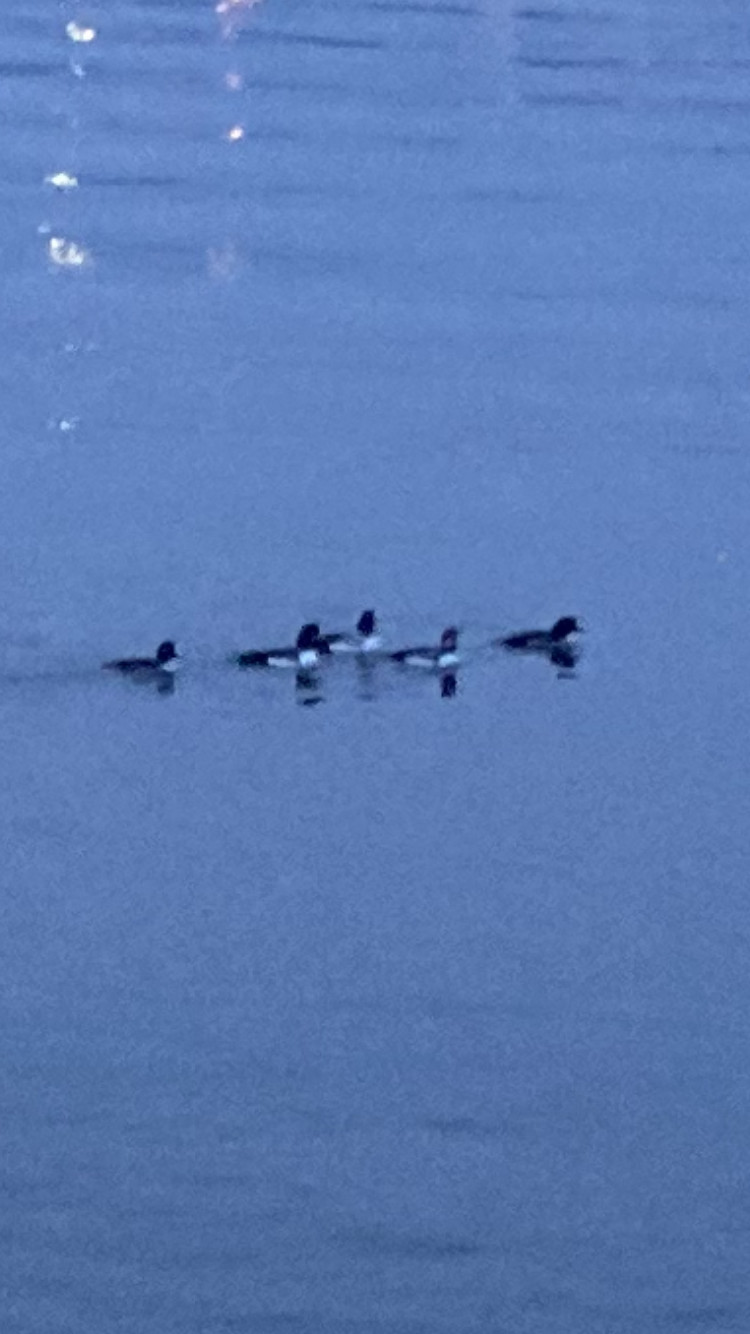 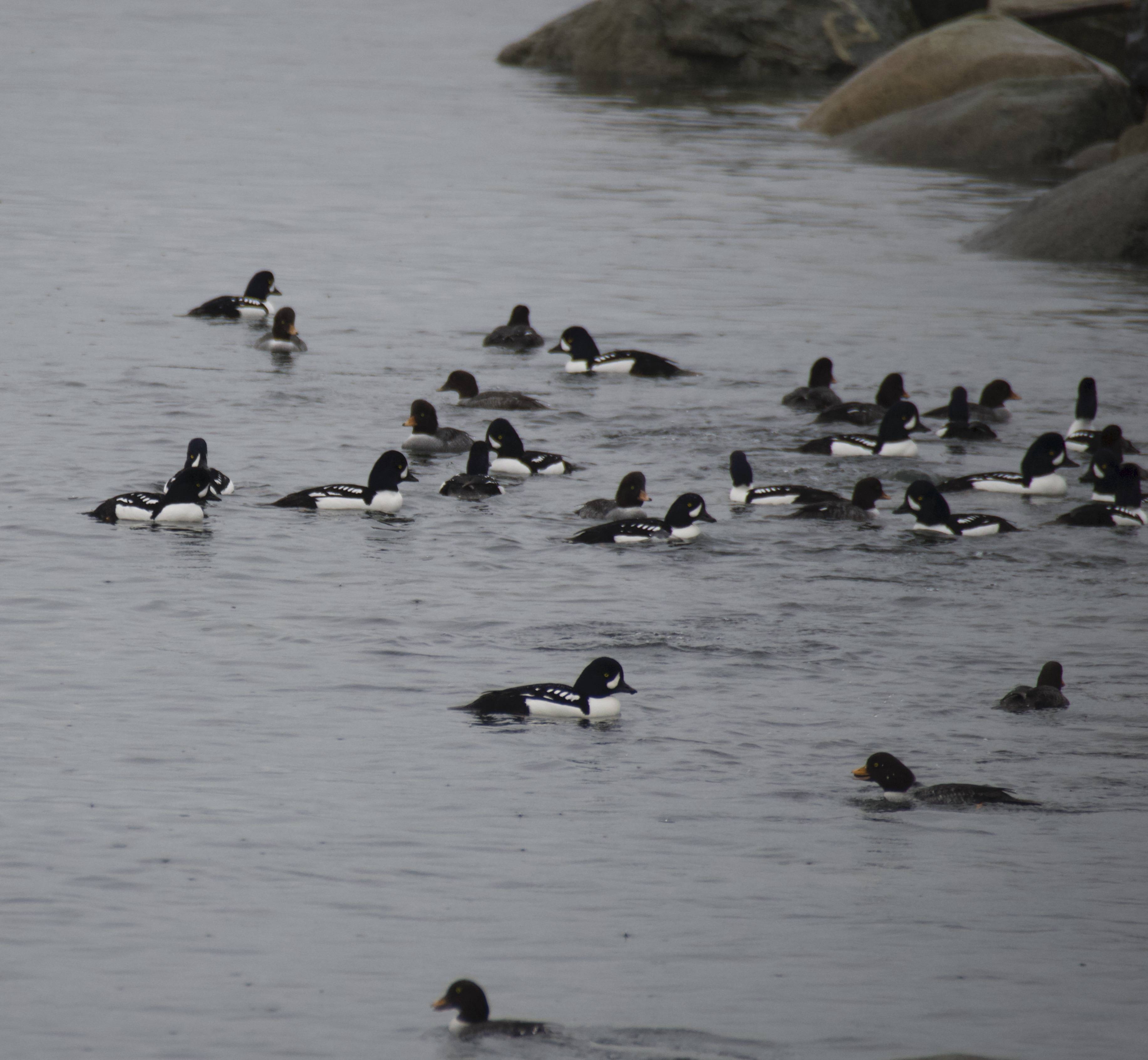 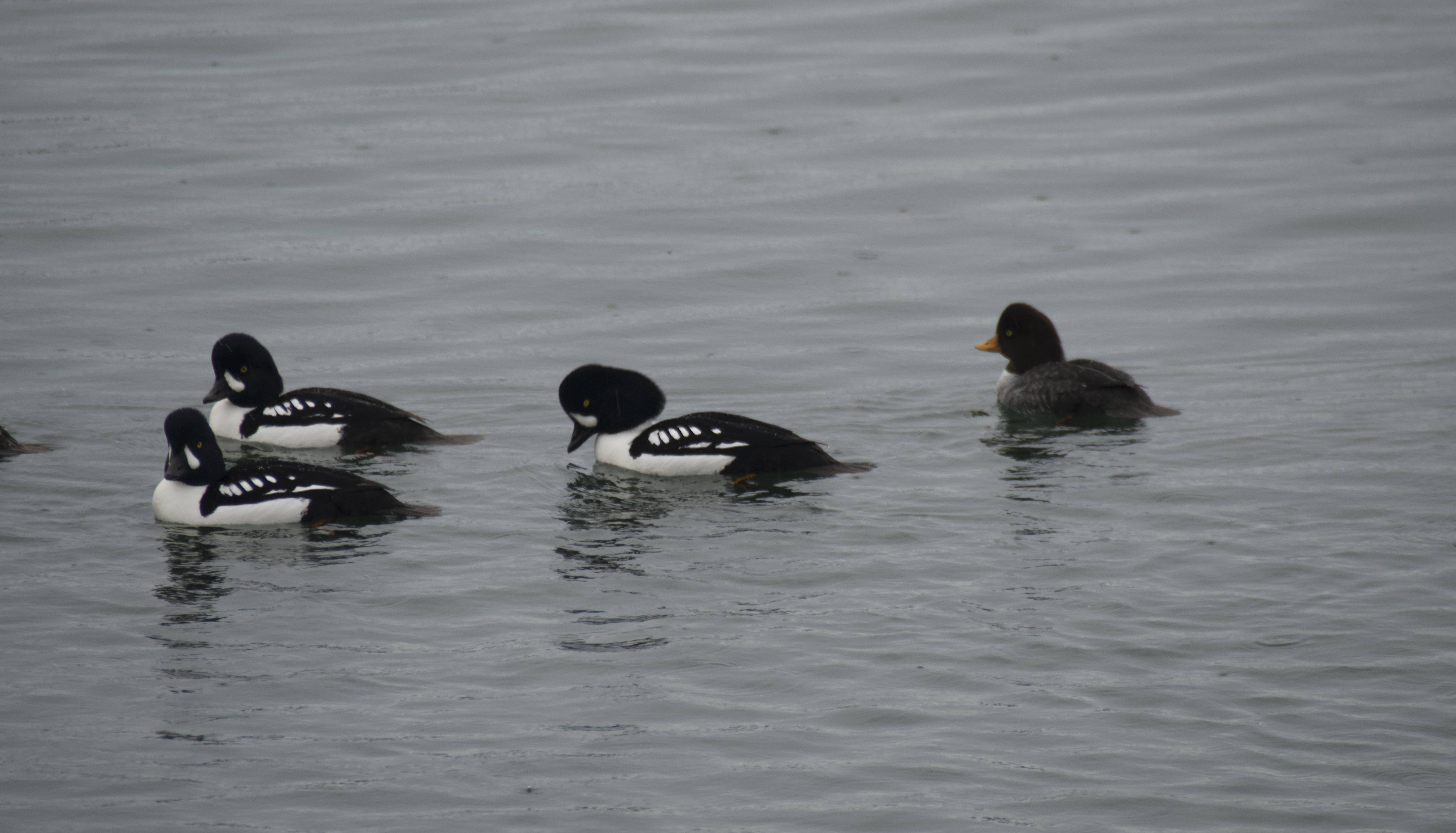 With the updated images, I am not totally sure all of them are of the same species. The ones with yellow bills seem different, even if they are together. Interested in the black-billed ones with white-on-black chevrons near their shoulder.

These look like Barrow’s Goldeneye (Bucephala islandica) ducks. Definitely not Murres, and the beaks aren’t long enough relative to head size to be a loon.

I can see why your daughter might think they were loons - the white barring on the black back does look a little like what you might see on a loon, but there are several problems: that pattern is in the breeding plumage, and during breeding the loons are inland and not collected in groups; during the winter, various N American loons can be found at sea, but they are pretty bland in color and pattern during the winter, and also not found in groups like this. Scattered individuals is the normal state.

Murrelets is also an understandable guess - they're much smaller than loons (as these ducks are) and considerably more "rubber ducky" looking, but murrelets are even smaller than these ducks, and the dinky little murrelet bill isn't as substantial as these stubby duck bills. Also, the color patterns are very different, especially in the winter.

These Barrow's Goldeneyes are nicely photographed - the white teardrop in front of the eye, and the neat white bars, well separated, on the shoulders of the wings are what you look for in males. The females, while undoubtedly possessed of sparkling personalities, are not as showy as the males; a pretty common trait among ducks and many other birds.

Fast-flying ducks in smallish groups, low over the ocean, is what you see from the Goldeneyes and the rather similar (but even smaller) Buffleheads. My first impression is always "twinkling wings" because they flap so fast.

Not the answer you're looking for? Browse other questions tagged canada bird-identification or ask your own question.

4
What are these large black and white waterfowl with red around the eyes?